La Pulpada Electrónica was born just over 5 years ago in the neighborhood of El Raval; the first Sunday of each month, in the restaurant Arume and with the octopus á feira as the protagonist, DJ's from the Barcelona scene performed to liven up the moment. Little by little La Pulpada Electrónica was consolidated as a reference party in gastronomic and musical aspects.

In 2017 the Pulpada Electrónica moved to the Antiga Fàbrica Damm, and in recent editions it has been held in other spaces such as the Encants. In this new edition the Pulpada is once again taking its gear to the Sala Apolo.

November 2022 edition of the Pulpada Electrónica

The Pulpada Electrónica returns with a program full of local and international artists and with the octopus a feira brought from Galicia to the Sala Apolo. The three rooms of Apolo will vibrate to the rhythm of the Mexicans Telefunka, the exoticism of Vanuza Casimiro, Pépe, Virginie, Lis Sarroca, Saulo Pisa in a B2B with Rivellino, Kasi, Bla&Co, Eli Kapowski, Cucut and the Houdini. Stilt walkers, confetti and visuals by AV-K (AudioVisual Kollective) will transport us to an extraterrestrial world. In this edition the access to children will not be possible as in other occasions. The party will be for pulpeiros of +18 years old. 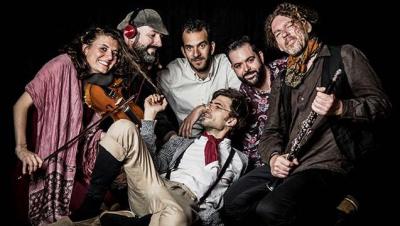