Lighting the Christmas lights of Barcelona

The ceremony and opening party of the Barcelona Christmas Lights Switch-on will be held this year in the district of Nou Barris. The show prior to the lighting of lights throughout the city, is entitled Años Luz (Light Years) and has been conceived by the company La Brutal. Light Years will offer live music and humor, while making a journey through time that begins with the discovery of fire, continues through ancient Rome and the Middle Ages, through the discovery of electricity, and reaches our days to discover that humans have lit street lights and houses to make the cold winter nights more magical and cozy.

This year, as last year, Plaça Catalunya, Gran Via, Aragó street, Ronda Sant Per, Via Laietana, Plaça Urquinaona, Balmes and Avinguda Paral-lel will be illuminated, but the illuminated sections will be extended by four kilometers compared to last year, in a stretch between Balmes street, Ronda de Sant Pere, Aragó street and Gran Via. There will also be Christmas street lights in neighborhoods such as Trinitat Vella, Gràcia, Eixample, Nou Barris, Horta-Guinardó, Sant Andreu and Carmel, among others.

Christmas lights will be turned on on November 24 and will be turned off on January 6. For saving reasons, the switch-off timetable will be brought forward one hour with respect to last year, except for the most important days of Christmas: 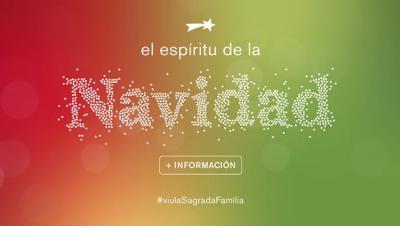