Beaches and Parks of Barcelona 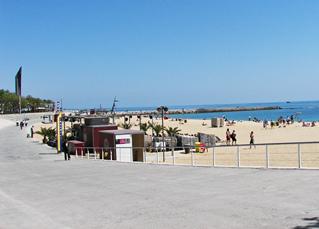 Barcelona is a Mediterranean city, a city whose history has been always connected with the sea. One of the most important transformations of the city, caused by the 1992 Olympic Games, has been without a doubt the recovery of the beaches.

The beaches of Barcelona begin in the Barceloneta quarter, continue in the Olympic Villa and finish in the new zone of Barcelona, the Diagonal Mar. They offer all type of services to the swimmers. 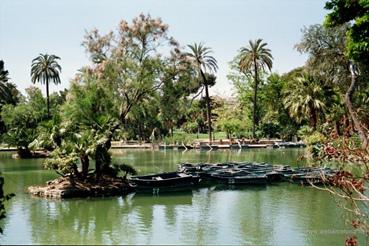 The parks are oases which invite to forget for a moment the noise, the multitudes and the cement of the city. Unfortunately in Barcelona there are few green parks and spaces, although it seems that at the moment a effort is being made to recover and create green spaces.

The only important park by its extension is siutated in the centre of the city, the park of the Ciutadella, ideal for a walk and a rest. The Ciutadella Park includes the zoo of Barcelona and 3 museums, the Zoology, Geology and Modern Art of Catalonia. 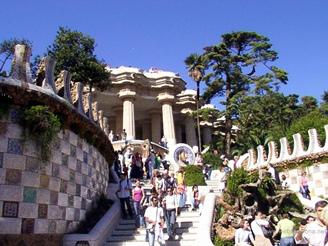 Located in the North part of the city, in the district of Gracia, lies the gorgeous Park Güell, work of the famous Gaudí, declared monument of universal character by the UNESCO in 1984. At the end of the Diagonal boulevard you will find the Palau de Pedralbes with its well-designed gardens, only 15 minutes by walk from the monastery of Pedralbes with the collection Thyssen-Bornemisza.

L'Oreneta park is near the monastery of Pedralbes. It is one of the greater parks of Barcelona and especially the children like it (train, poneys, games, sport circuit and bar). On the Montjuïc mountain is the Botanical Park between others on the Montjuïc, which is less visitated but worth to see it with a beautiful view over the Barcelona harbour and the sea. Outside the tourist circuit, in the northeast of the city, (Montbau station), is the Park of the labyrinth, a romantic park-museum with magnificent gardens.

Are there any public tennis courts in Barcelona?
Preferably that I can book myself online.

In the Club Natació Montjuïc you can book a tennis court without being associate. The page is spanish and cataln but not in english.

In reply to Tennis in Barcelona by Nils Bjorkman (not verified)

NATIONAL GEOGRAPHIC puts Barcelona in first place in the Top 10 Beach Cities of the world: http://travel.nationalgeographic.com/travel/top-10/beach-cities-photos/