Model, Barcelona Architectures Festival is promoted by the Barcelona City Council and the College of Architects of Catalonia (COAC), and aims to transform urban space into a platform to showcase emerging architectural and design talent; the city in a plural and multidisciplinary meeting forum for thought leaders from all over the world; and architecture in a space of exploration for all citizens. The festival will be the first major event of the UIA-Unesco World Architecture Capital of Barcelona 2026.

The festival is guided by five broad overarching themes to craft new ideas and new architecture:

In the first edition of the festival there will be physical and augmented reality installations, debates in emblematic spaces of Barcelona, ​​​​a tribute to Oriol Bohigas at the Ateneu Barcelonès and more than one hundred activities organized by independent entities.

Model's motto for this edition

The motto of the first edition of Model will be Re-grow, which expresses the desire to explore new perspectives, lines of thought and values ​​that contribute to reorienting the growth of the city.

One of the most outstanding components of the festival are the 10 installations of ephemeral architecture and augmented reality:

In addition to the installations and debates, at Model you can take part in more than a hundred activities such as open days, workshops for all ages, exhibitions, routes, screenings, an international thematic book fair and other participatory proposals.

As the World Architecture Capital of the year 2023, Copenhagen will be the city invited to the festival, with which projects, experiences and learning will be shared in the institutional, academic sphere, between schools and professional sectors and between companies linked to the world of architecture and urbanism. 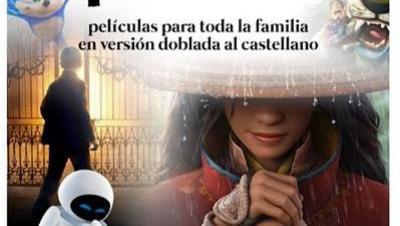