Next to the Roman city wall is the entrance to the house of the Archdeacon (Casa del Arcediano) from the XII. Century , the Gothic-Renaissance residence of the archdeacon, which in 1920 became the property of the City of Barcelona and houses since 1921 and the historical archive of Barcelona. This medieval work was in 1924 declared a Heritage of cultural interest. The architect Domènech i Montaner added to the Renaissance portal a unique marble-mail box with three swallows , as well as a turtle, work of the sculptor Alfons Juyol. The Roman city wall can be seen inside the building on the ground floor. For those who have not studied the history of Barcelona, the most interesting part is the outer part, the patio (courtyard), the terrace and the "Salon des les pinyes" (pineapple salon).

In the courtyard of the house of the Archdeacon a palm tree was planted in the late XIX century and next to it is a fountain, where at the Corpus Christi day (60 days after Easter Sunday) the traditional "l'ou com balla" (dancing egg) is celebrated, therefore the fountain is decorated with flowers and fruits and an egg is laid under water jet; the egg will not fall, but turns and truns and dances with the water. The tradition is not only celebrated in Casa de l'Ardiaca, but also in other churches or buildings of Barcelona, with cloisters, or patio and fountain, like in the Cathedral of Barcelona and the Barcelona Athenaeum.

The palm tree of the de Casa de l'Ardiaca is 24 metres high and is considered a tree of local interest. In early 2009, due to the strong winds that blew in Barcelona was about to fall, but technicians of parks and gardens managed to avoid it. 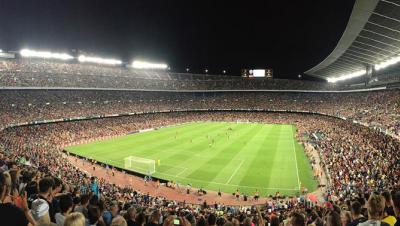