The MUHBA Casa Padellàs, inaugurated in October 2019 "Barcelona Flashback, Story Kit in 100 objects", with the idea of ​​creating an innovative exhibition structure based on synthesis. The aim is to explain the historical trajectory of Barcelona with a method of interrogative reading of objects, architectures and landscapes, and with new citizen programs. With this exhibition the MUHBA began the deployment of its strategy to become a 21st century city museum and transform Casa Padellàs into the House of History of Barcelona, ​​and be part of the new narrative that tells us the history of Europe through of the museums.

Barcelona flashback is also an educational proposal, and it is also an international research project on the minimum kit of urban knowledge and awareness that a 21st century city museum must provide, to protect democracy and the right to the city.

The synthesis is specified in the route, which can be done in an hour, and in which, through witnesses, stories, routes, connections and heritage, you can get to know Barcelona, ​​from the Romans to the 21st century, and interpret its heritage and landscapes.

To reserve tickets or request more information: telephone 932 562 122 or reservesmuhba@eicub.net. 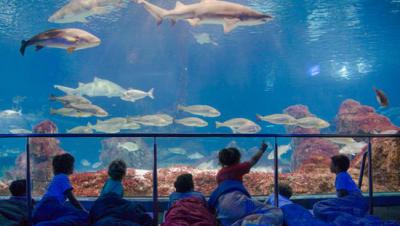