This year's summer program at the Pueblo Español includes more proposals than ever. Families and adult audiences are the main recipients of a series of cultural and leisure activities that will take place mainly during July and August, every day of the week, and that will make the most of an outdoor historical site that also offers , a unique architectural and artistic tour in Barcelona and with all the security measures.

More than 60 concerts, family activities and a new immersive exhibition are the protagonists of this summer's program at the Pueblo Español.

ENTRANCE TO THE PUEBLO + SPLASH!
Splash! It is the water party for children in which inflatables and various water games will be offered. There will also be games of skills and a foam party.
Dates: Saturdays and Sundays in July and August.
Time: from 11:00 a.m. to 6:00 p.m. (on Saturdays, July 3, 17 and 31 and August 21, the inflatables in the Plaza Mayor will close at 4:00 p.m.)

IMMERSIVE EXHIBITION "UNDERWATER CREATURES"
An experience that opens especially for the occasion, which will allow attendees to explore the seabed through a trip in which they will learn about the different underwater species that inhabit from the surface to the depths of the Mediterranean Sea.
Dates: from July 16, Monday to Sunday.
Time: from 10:00 a.m. to 7:30 p.m.
Important: it will be essential to reserve an hour in advance.

BLUES NIGHTS
The best blues on the national scene live, when the sun goes down.
Dates: Every Wednesday from June 30 to August 25 (except July 7)
Time: 21:15 h

SINGH FIGHT PARTY
A trophy, the golden microphone, that will be won by whoever wins the fight that faces the best and most peculiar performers from the strangest karaoke clubs and venues in the country. The great musical comedy of the 80s and 90s.
Dates: every Friday from July 2 to August 27
Time: 9:00 p.m.

PICNIC BEAT
The best groups and Djs of Indie rock, Psychedelia, Garage and Soul. The Plaza Mayor del Poble Espanyol will be the setting for this cycle that will animate midday in vibrant small-format open-air sessions.
Dates: July 3, 17 and 31 / August 21
Time: 5:00 p.m.

CANDLELIGHT OPEN AIR
A series of classical music concerts by candlelight. We will be able to listen to a tribute to Ludovico, soundtracks, magic soundtracks and the best anime themes.
Dates: July 21 and 22 / August 19 and 20 / September 16 and 17.
Time: 20:30 h

Bus: From Plaza Espanya with buses 150, 13, 23 and the Tourist Bus. All buses stop in front of Poble Espanyol. 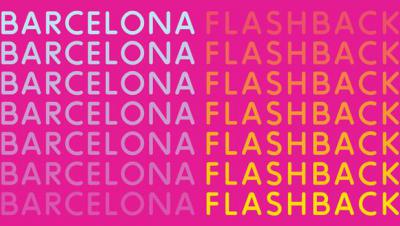