During the second half of September, Barcelona celebrates every year "La Mercè", that is, its Fiesta Mayor. A Fiesta Mayor that we could define as a festival of festivals, multitudinous and popular, which in one week brings together between 1,500,000 and 2,000,000,000 people in different public spaces of the city, to follow and enjoy the many cultural, artistic and festive activities.

The city becomes a great stage overflowing with imagination and fantasy. The involvement of a large number of groups and entities is its great secret. Private sponsors and collaborating companies give their support. And, in addition, all the proposals, from the most popular to the most sophisticated and minority, are free.

And what can we see during La Mercè?

The proclamation and the town crier

This year's opening speech will be given by the Barcelona filmmaker Carla Simón, who in her short but excellent filmography, has marked a before and after in Catalan cinema with two films that have been seen in the most important festivals in the world. Her latest film Alcarràs, shot in Catalan in a small town in the Segrià region, won the Golden Bear for best film at the Berlin Film Festival.

Every year Barcelona declares a city as guest city that has special relevance in the selection of events. Rome is the guest city at La Mercè 2022, so this year's La Mercè will be impregnated with Roman culture and talent. You will find proposals related to Rome in the Mercè Artes de Calle festival, but also in the Mercè Música, in the Barcelona Acción Musical, in the Festival Pirotécnico Internacional, in the Filmoteca and in a Mercè square, which will be converted into an open-air cinema.

La Mercè is, above all, tradition in its purest form. Through the streets and squares of the Ciutat Vella district and some of the Eixample you will see parading and dancing the Giants of the City, the Eagle, the Bull, the Mulassa, the Víbria and the rest of the beings of Barcelona's festive imaginary. If you like strong emotions, follow the devils and drummers of the Correfoc through the streets of Barcelona, who have been preparing the gunpowder for days, and do not miss the Castellers day, the mornings of Grallers, the Trabucaires and the Bastoners.

This year, from the stages of La Mercè, you will hear the sounds of the most diverse styles and origins: Italian music, Latin American music, new values, veterans of the rhythm... In the Mercè Música festival you will find proposals for all tastes in various venues such as the Teatre Grec, the gardens of Doctor Pla i Armengol, Bogatell beach, Sant Antoni round, Sant Jaume square, the Cathedral avenue or the Plaza Major de Nou Barris. Each space will have its own personality, although some music will be performed on different stages.

With the BAM, Barcelona is filled with stages where emerging bands from the Catalan, Spanish and international music scene will perform. A program with more than thirty shows and a program with traditional sounds, but, at the same time, urban and current.

This year's edition, which takes into account diversity and gender parity, will feature great icons of musical feminism, dissident artists and bands that explore musical genres ranging from flamenco, electronica, rap, rock, urban music, trap, R&B, reggae, jazz and singer-songwriters. If you want to listen to transgressive, inclusive, surprising and experimental musical proposals, the ACV festival is your best option. Keep in mind, as we mentioned above, that the ACV offers other activities related to music: a Record Fair, a live community radio broadcast, several workshops and performances, and the Discofòrum, a space to listen, share and talk about music.

Local companies and international talents dedicated to dance and circus show the newest creations of the performing arts that, in this edition of La Mercè, returns to the Ciutadella, Joan Miró and Trinitat parks, but also the Castle of Montjuïc, the Palacete Albéniz and the Old Estrella Damm Factory. And if you feel like discovering a new festive space, in the new park of l'Aqüeducte a lot of solidarity clowns are waiting for you.

End of the Festival: the Piromusical

Three days of pyrotechnics. On September 23 and 24 with the International Pyrotechnic Festival and on September 25 with the Piromusical, which every year ends the festivities of La Marcè. The International Pyrotechnic Festival will take place in Espigón del Gas in Barceloneta, where, among other craftsmen of gunpowder, you can see two samples of Italian pyrotechnics. The fireworks will again be the protagonists during the Piromusical, one of the most important events of La Mercè. There will be a fireworks launch from Montjuïc and a big citizen's party on the Reina Maria Cristina Avenue. All fireworks shows start at 10:00 pm.

The Sant Antoni round is the setting for "Earth and Taste", a meeting of Sustainable Food, and an invitation to enjoy music, food and drink in a more conscious way and with quality proposals. There will also be a space for activities with workshops, exhibitions and talks, and a stage with different live proposals for every moment of the day.

Museums and other cultural spaces

In addition to the scheduled activities, the city's museums and other cultural spaces organize activities and proposals for all audiences or open their facilities free of charge.

During the festival there will be classic events such as the Mercè Race, which, attention, will be held on Sunday September 18, but there will also be a fitness party (Saturday 24) and an inclusive day (Sunday 25) to learn about adapted sports. Among the other events, the City of Barcelona International ACELL Indoor Football Trophy for people with intellectual disabilities, the Wodcelona inclusive functional fitness festival, the extreme sports festival and the TICB inclusive cycling in the city of Barcelona. Extreme Barcelona or the TICB track cycling. 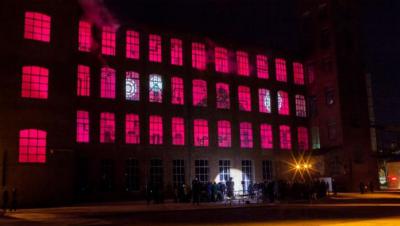