Christmas Market of the Sagrada Familia

The Sagrada Família Christmas fair has been held since the 1960s in front of the Sagrada Familia. Almost a hundred stalls selling all kinds of figures and elements for nativity scenes, Christmas trees and plants, gift items, and food products and sweets. Of course there are also churrerías and you will also find a chestnut and sweet potato stall. In addition, family activities are organized free of charge: contests, workshops, music and theater. They also have a photo call with a giant "Tió" and a "Caganer".

This Christmas fair coincides with that of Santa Llúcia, which is held in front of the Cathedral of Barcelona. And this is not a coincidence, because the Sagrada Familia fair was created when there was no more space for stalls in Santa Llúcia, and several artisans decided to install them next to Gaudí's masterpiece. 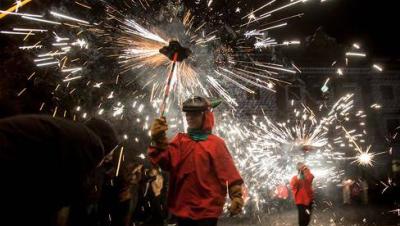