In the Middle Ages, the center of Ciutat Vella, the Gothic, was widened when the wall that enclosed it, was opened, and reached the quarter of Sant Pere, Santa Caterina and La Ribera, which is one of the four quarters of the district of Ciutat Vella. This quarter is formed, as its names indicates, by three zones: La Ribera, that occupies much of the now called Born; Santa Caterina, named after the convent that bears his name; and by Sant Pere, known as the monastery of Sant Pere de les Puel·les or Puelles. 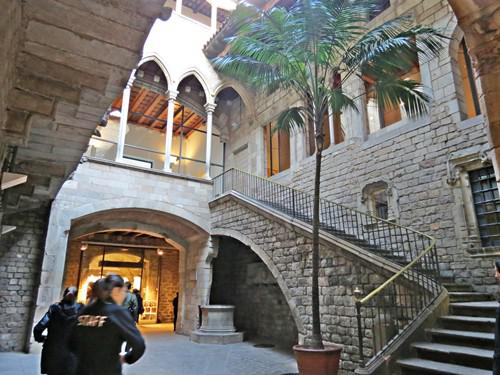 The Center of the artisans centuries ago, nowadays it is a fashionable district, that conserves a historical charm loaded with palaces of XVIII. century and with bars and restaurants. La Ribera is home to the Paseo del Borne and one of the most beautiful churches in the city: the Basilica Menor de Santa María del Mar, a Catalan Gothic church, which was built between 1329 and 1383, and has served as inspiration for the book, "Cathedral of the Sea", by Ildefonso Falcones.

Another highlight is La Lonja gótica, located between the squares of Antonio López and Pla de Palau, preserves the Hall of Contracts and the Room of the Consuls. The streets of the Born are full of medieval palaces, nowadays museums or cultural institutions. In one of these streets we find the most visited museum of the city, the Picasso, located in a beautiful Gothic palace, which has a collection of 4,249 works by the painter from Malaga.

In this area is situated the old market of the Borne, which has now been transformed into the Born Cultural Center, which houses archaeological remains that were discovered in the same place in the year 2002, and dating approximately from the XIV century . The building was renovated on September 11, 2013 and temporary exhibitions are held there, being a great center of information about Catalan culture, and in which different types of events take place. 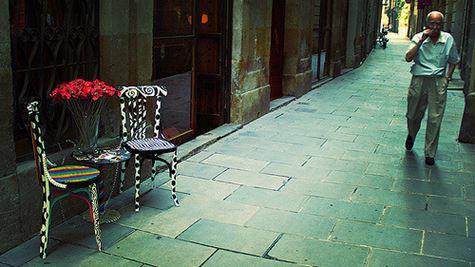 In Santa Caterina and built over an old convent, the market of Santa Caterina is pure color, thanks to the reform that took place between the years 1997 and 2004. It stands out for its roof inspired by the famous technique of the “ trencadís” of Gaudí. Nearby is one of the most famous park of the city: the Ciutadella, a green lung in the middle of the city, 17,42 ha, and near the beaches ...

... is here where the quarter of La Barceloneta starts, popular for its port and the maritime station, it was an old humble fishing quarter. It has a beach with the same name, the closest to the city center, and there are as well some interesting buildings such as the church of Sant Miquel del Port. In addition, this neighborhood has undergone some transformation because of the proximity to the Port Olímpic that was created in 1992, as well as the opening of a park in 1996, on the grounds of an old gas factory. And there are more buildings with history: Palau de Mar, the history museum of Catalonia, the Joan Borbó passage and its popular restaurants, or the Barceloneta market. Today it is a very interesting area for the tourists. 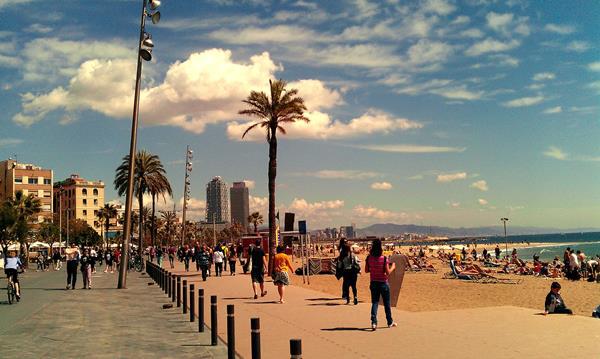 Boardwalk next to Bareloneta beach 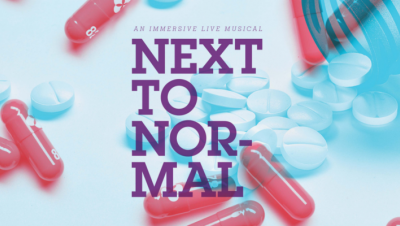