Cinema and fashion. By Jean-Paul Gaultier

Film and fashion have influenced each other. This exhibition deals with the creative exchanges between the two disciplines, but under the particular gaze of Jean Paul Gaultier, co-curator and artistic director of the exhibition.

"Cinema and fashion. By Jean Paul Gaultier", explores the contexts of creation, both for dresses and movies, capturing ideas of modernity, the future or eroticism. There is also a sociological approach when presenting issues such as the emancipation movements, mainly of women. In addition, the exhibition brings us closer to the idea of industry with the different professionals involved in creative exchange: directors, designers, actors and actresses.

Touring the rooms of CaixaForum Barcelona, you will be able to see clothing, posters, photographs and fragments of films that, for the most part, come from the prestigious collection of La Cinémathèque française and are complemented by works by more than twenty national and international lenders. 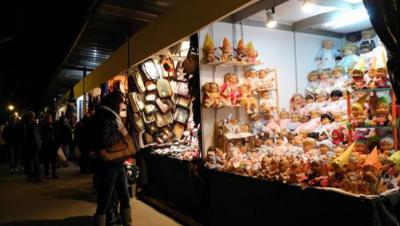